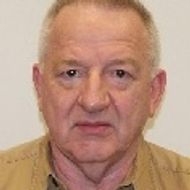 Nowadays the knowledge representation systems are dealing with the representation the information in a form that a computer can utilize to provide an efficient human-computer interaction. In this course we address the following issues which are proven to be of great theoretical and practical potential in CS and IT: (a) Knowledge representation and reasoning in a static context. Here predicate logic serves as a universal symbolic language to express the basic constructs such as variables, properties, relations, quantifiers, inference rules of a universal nature, etc. (b) Knowledge representation and reasoning in a dynamic context. For transition systems in AI and CS, here we use a language provided by Hoare triples to specify the dynamic correlation between their inputs and outputs, their preconditions and postconditions. (c) Knowledge representation: Tractable solutions to generally intractable problems. Notwithstanding that pure predicate logic is generally undecidable, we will discuss efficient algorithms to sort out certain problems of theoretical and practical interest.